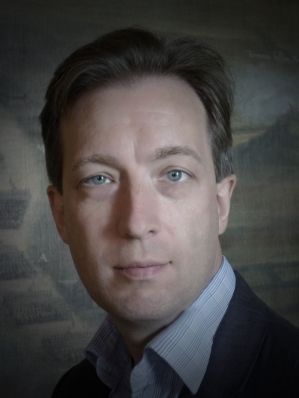 James Ross studied at London’s Southbank International School and won scholarships to Harrow School in London and Christ Church, Oxford University, where he studied Modern History and Music: his doctorate on French Opera, Politics and the Press was awarded the Sir Donald Tovey Prize. He trained first as a violinist – including several hugely formative and rewarding years playing in Ernest Read Symphony Orchestra – studied singing and was a 1998 BBC Philharmonic Conducting Competition finalist. Since then he has conducted in sixteen countries throughout Asia, Europe and North America. In the UK he has performed at The Royal Festival Hall, Royal Albert Hall, St John’s Smith Square, at Westminster Abbey for HM Queen Elizabeth II, Symphony Hall Birmingham, and the Sheldonian Theatre Oxford, where he conducted Beethoven’s Ninth Symphony for its 350th anniversary concert.

As a contemporary music conductor, first performances include collaborations with City of London Sinfonia and Arts Council, and at London’s Saatchi Gallery with Philharmonia Orchestra members. Projects include working on Longborough Festival Opera’s Ring cycle, conducting at Commonwealth Heads of Government Meetings in 2013 in Sri Lanka and 2015 in Malta in collaboration with Purcell and Chetham’s Schools, Royal Academy of Music and Royal Over-Seas League, and in 2016, conducting at the Piccolo Teatro Milano and for the Center for Contemporary Opera in New York.

As a guest speaker, James Ross has been invited to the Bibliothèque Nationale de France; he has taught at Oxford University and contributed to books and journals. During his career, he has helped raise over £1 million performing for charities, including conducting English National Ballet at the London Guildhall in aid of Save The Children’s work with refugees from Syria.