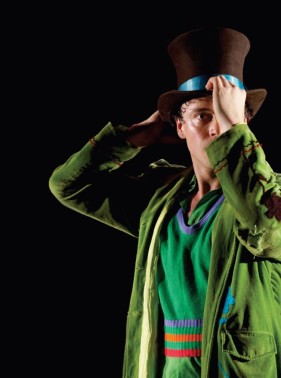 We’re all very excited at ERSO that Matthew Sharp will be our presenter for our Musical Globetrotters Family Concert.

Matthew and our conductor Tom Hammond will be taking us on a trip round the world – join us!

Want to know more about Matthew?  He’s a multi-talented guy!

‘Virtuoso of the arts’ (The Times), Matthew Sharp, has performed worldwide as solo cellist, baritone, actor and director – solo appearances with the RPO, LPO, RLPO, CBSO; singing principal roles for Opera North and ROH; acting principal roles at the Young Vic and NT Studio. From Glastonbury to Glyndebourne, he has worked with an extraordinary spectrum of leading artists from Sir John Tavener to Marta Eggert to Dave McKean to Caryl Churchill. His own music and theatre works have toured to major festivals globally. He has given over sixty world premieres and recorded for Sony, EMI, Decca, Naxos, Somm, NMC, Avie and Whirlwind.