Thanks to the generous support of the Ernest Read Trust, we are delighted to be able to introduce our Deputy Leader, Principal 2nd Violin, Principal Cello, Brass Section Leader and Double Bass Mentor. 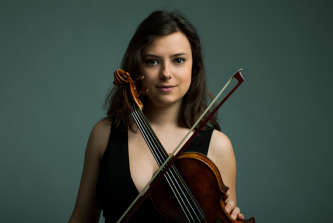 Born in Poland, Jaga moved to London to continue her musical studies at Guildhall followed by a Masters at the Royal College of Music.

Jaga has taken part in many workshops and music festivals in Europe and has performed as a soloist and as a chamber musician in Poland, France, Austria, Germany, Russia, Switzerland and the UK.

As well as her versatile music career Jaga also enjoys organising events and is part of the unconducted chamber orchestra Silk Street Sinfonia which she manages and performs with (www.silkstreetsinfonia.com).

Tom Rowan-Young is studying for a Masters at Guildhall School of Music and Drama, having studied previously at the Royal Northern College of Music and Chetham’s.  He is also an alumnus of the National Youth Orchestra and London Sinfonietta Academy and was accepted onto the Britten-Pears Young Artist programme in 2017.  He is Principal 2nd Violin of the University of London Symphony Orchestra.

In 2013 he founded the Piccadilly Symphony Orchestra; a new orchestra based in Manchester to provide extra performance opportunities for young professionals and conservatoire students. As well as being Leader of the orchestra, Tom was also Artistic Director, fixer and administrator until leaving the orchestra in 2014.

The experience gained with ERSO encouraged Tom to take on the Chair role of the University of London Symphony Orchestra, where he is responsible for leading the committee and heading the artistic direction and decision-making for the season.

Barbara Mohorko is a Slovenian cellist based in London, and her repertoire varies from classical to film and popular music, where she performs as a soloist or a member of different groups and orchestras. After studying in her home country, in 2012 she successfully decided to continue her music education at Trinity Laban Conservatoire of Music and Dance in the class of Natalia Pavlutskaya.  Under her mentorship Barbara successfully participated in various competitions  and played at well-known venues like Royal Festival Hall and Tate Modern.

Barbara frequently performs as a member of different orchestras, chamber groups and as a soloist and is passionate about teaching and sharing her knowledge and experience with others. 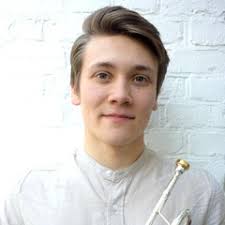 Jonathan is in his third year as an undergraduate at Trinity Laban conservatoire, studying with Bob Farley and Chris Batchelor.  He is passionate about orchestral playing and currently performs as Principal trumpet with both the Kings College London and ERSO.  In the past Jonathan has performed with the Young Musicians symphony orchestra, the University of London Symphony Orchestra as well as many other London amateur orchestras.  In 2015 and 2016 Jonathan successfully gained a place in the BBC proms youth ensemble which, in his second year, culminated in a performance in the last night of the proms.

Jan Zahourek will be our Double Bass Mentor who will work with our current principal bass player and the bass section for three of our main concerts over the next couple of seasons (October, February and May concerts).   Jan is an experienced professional bass player and moved to London in October 2005 from Padova (Padua)  Italy.  His work here includes playing the double bass, the violone and the viola da gamba. He plays with groups such as The Philharmonia, BBC Symphony, RPO, the  Orchestra of the Age of Enlightenment. He also teaches privately and teaches amateur adults at the New London Music Society summer courses .

When Jan’s professional commitments mean he is unable to play with ERSO, our basses are fortunate to be mentored by Mark Lipski.   Mark has extensive experience of freelance playing, in the UK, Australia and New Zealand, as well as teaching and educational side-by-side playing with various different youth and amateur orchestras.